We live in the “Great Information Age.” 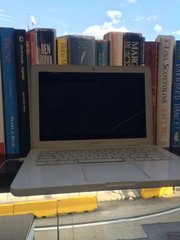 Have a question? Wonder about something? Google it.

There are answers for everything.

Every corner of the earth has been explored. Humans have been to outer space and the depths of the ocean. Tiny atoms have been split, photographed and analyzed. DNA and the human genome is no longer a mystery.

Or at least we think we do.

In the Stone Age, Iron Age or Bronze Age so much was unknown. There were so many unexplored territories to conquer. And in the vastness of the unknown and seemingly unknowable fear loomed large.

It is human nature to fear the unknown. What we don’t understand, we fear.

This fear has had its place. It has helped humanity to survive, taming nature and conquering diseases. Fear has propelled creativity and invention. At times, fear has been the force that led people to band together and form community. Fear has provided a ripe proving ground for love to emerge and bring light and hope to the forefront.

But fear has also allowed evil to flourish. Fear has allowed humans to turn brothers against one another, parents against child, nation against nation, man against nature.

And so, it would seem, that as the last frontiers of the unknown have fallen in the past couple of centuries, fear would diminish. With less that is unknown, there is less to fear.

With all the answers available at the click of a mouse or the flick of a finger along the glossy surface of a smart phone, what is left to be afraid of?

“Perfect information drives out fear” isn’t that how the saying goes?

The great information age has not saved us from ourselves. With more information at our disposal, we still harbor fear of anything or anyone that we don’t understand. Whatever is not part of our own personal life experience, we fear and in that fear we allow distrust to grow like a cancer until it consumes us and breeds hatred, loathing and contempt.

This week, I grieve deeply over the losses of both Robin Williams and Michael Brown. They are both, at least to some extent, victims of fear-run-wild.

The fear of mental illness is at the root of the stigma that makes it so terribly difficult to live with the diseases of the mind such as depression, anxiety disorders, post-traumatic stress disorder, schizophrenia and others. We turn away from, isolate and ostracize individuals and their entire families out of fear, and then we blame them when they succumb to the relentless waves of hostility or even indifference that wash over them every moment of every day.

The fear of others that don’t look, talk, live, love, dress, believe, pray or walk like “us” or come from the same place as “us” (however we each define our own community of “us”)  breeds and sustains racism, classism, sexism, homophobia, religious persecution and all the other phobias and “isms,” that lead to the schisms in our neighborhoods, schools, business, places of worship and communities. And we use these fears to justify both individual actions and public policies that de-value and dehumanize people – even children - seeing them as threatening enemies rather than fellow sojourners on this earthly plane.

As long as fear is allowed to run wild, growing at an alarming pace, consuming hearts and minds and entire systems and communities, there will be no peace for the Robin Williams among us, and no safety for the Michael Browns in our communities.

We don’t talk openly or honestly about these fears, these stigmas and these “isms.”

No amount of information will cure this. Ignorance is not what fear feeds on.

Perfect information does NOT drive out fear.

Only perfect love can do that.

Armed only with love, we can drive out fear and make our communities hopeful and safe for the next Robin Williams and Michael Brown.

But it is not a passive “feeling-groovy” kind of love.

It is love that is intentional, active and hard at work. It is love that stands up and speaks up for injustice, calling out fear by name, raising arms and hands high in solidarity with those who are the “other” in our midst, and teaching our children to actively pursue and demonstrate this kind of love, refusing to tolerate fear and its by-products of hatred, stigma, and indifference to human suffering.

It is not a love that uses faith as a weapon against a neighbor or a brother, whether out of “ignorance” or fear, one can never claim to love God, yet hate a fellow human being.

It is a love that demonstrates mercy, passionately pursues justice and walks humbly with the one who said, “ If someone says, “I love God,” and hates his brother, he is a liar; for the one who does not love his brother whom he has seen, cannot love God whom he has not seen..” (I John 4: 20)

Robin Williams was my brother.

So was Michael Brown.

Were they your brothers too?